The tide may have turned at Lloyd’s, but headwinds remain strong

Last Thursday Lloyd’s released its 2021 result. For the first time since 2016 the market reported an underwriting profit with a combined ratio of 93.5%, in-line with our early prediction based on the RISX index.

Drilling down into the segmental information from Lloyd’s annual report shows that the return to underwriting profitability is still fragile, despite reported rate increase of 27% since 2018. 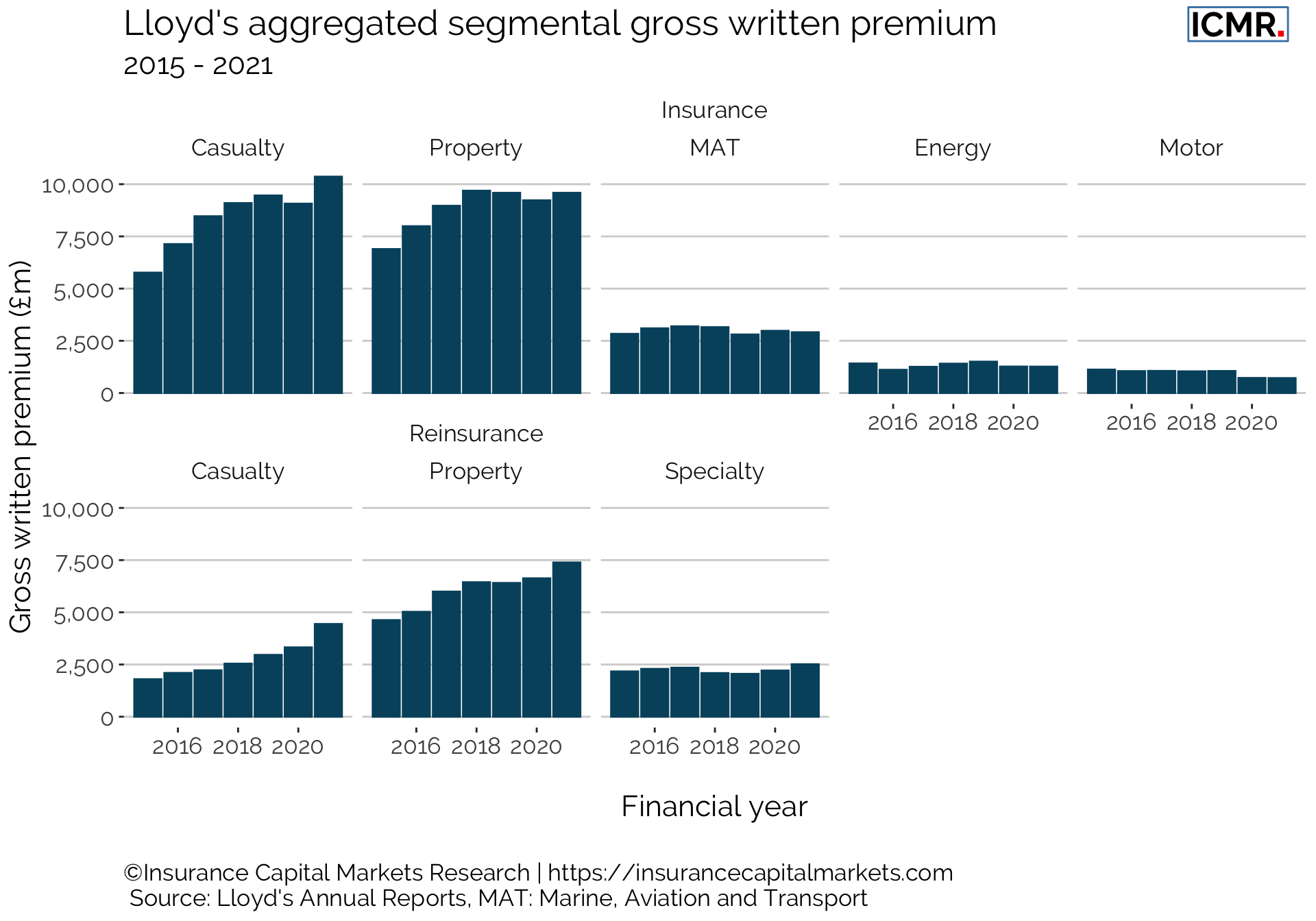 Underwriting profit was by and large driven by Property & MAT Insurance, and Specialty Reinsurance. 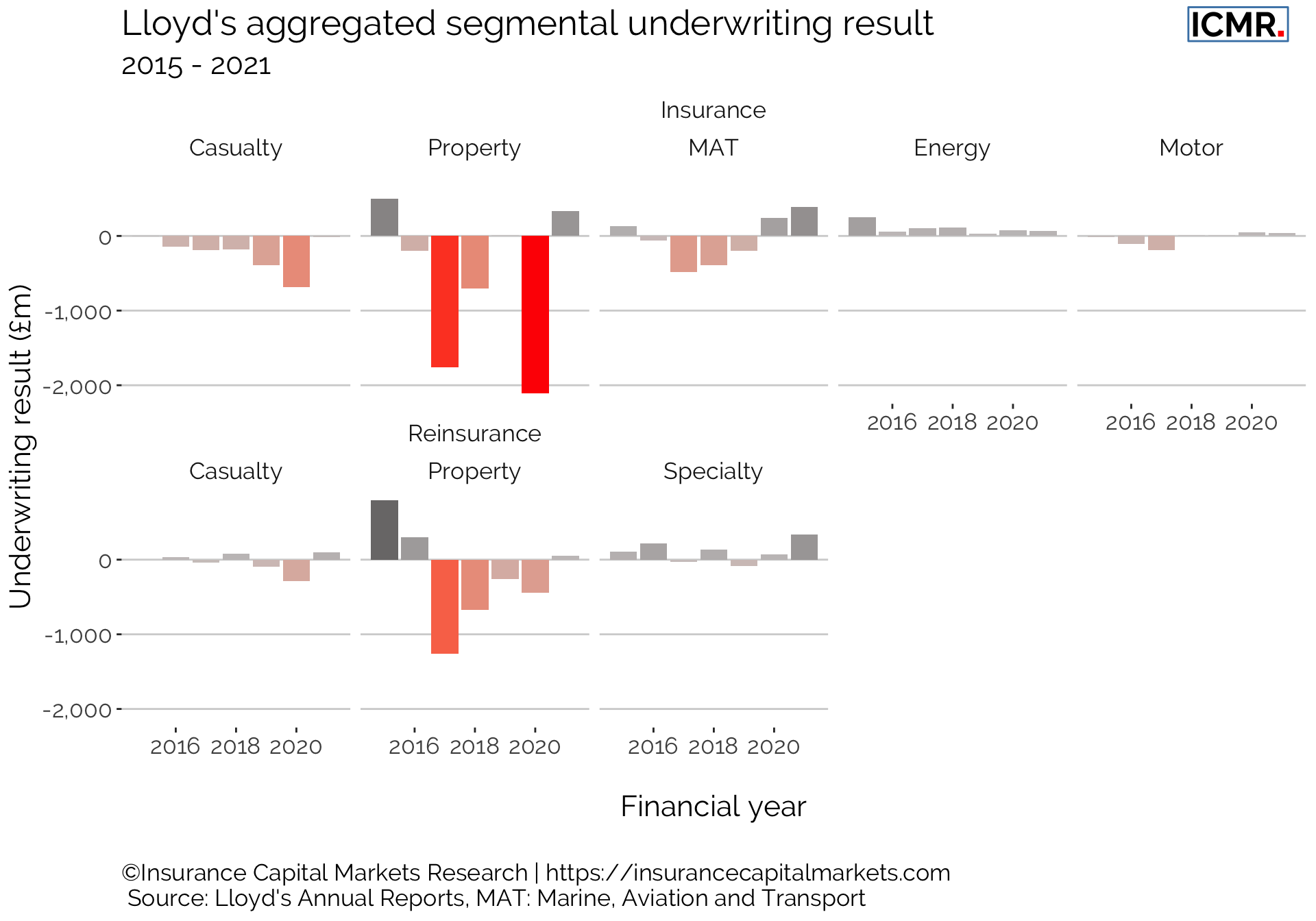 Reviewing the breakdown of the combined ratios into accident year and prior year movements, shows that reserve strengthening was required in both Casualty Insurance and Casualty Reinsurance. Years of major reserve releases seem to have come to an end, with growing inflation looming over future loss costs.

Property, once a key profit driver for Lloyd’s, is now marginal. MAT showed significant improvements, but the war in Ukraine and the stranded assets in Russia make it unlikely that the trend will continue for the 2022 year.

Much was said about cost reduction and the fact that Lloyd’s operating expense ratio shrunk by c.4% since 2018. Yet, Lloyd’s own workforce increased from 1,220 in 2018 to 1,356 in 2021, according to the Society’s financial statements. We remain doubtful that cost cutting will be the silver bullet for future profitability. Lloyd’s strength has been its intellectual capital and to offer bespoke solutions to complex problems. Naturally, compared to bread-and-butter business this doesn’t scale as easily, but it should offer higher margins.

The tide may have finally turned for Lloyd’s, but the headwinds of inflation, the war in Ukraine and sanctions against Russia will continue to prove challenging for the marketplace.