First look at Lloyd's results 2019: The tide hasn't turned yet

The financial impact of COVID-19 on Lloyd’s is still unknown. But it will be more interesting to observe the cultural impact it will have on the market.

Today Lloyd’s released the 2019 pro-forma results for the market stating a profit of £2.5bn. This is a huge improvement to last year’s loss of £1bn, but is driven by investment income of £3.5bn, i.e. the underwriting side is still running at a loss with a combined ratio of 102.1%, including modest reserve releases of 0.9% and below average major losses of 7%.

The investment profit in 2019 will be challenging to replicate given the recent turmoil in the financial markets and another round of quantitative easing as a result of the COVID-19, notwithstanding the gyrations in USD:GBP exchange rate.

Of course this is not the first time Lloyd’s has to navigate challenging waters, looking back over the last 70 years the market place had to battle many others, such as the asbestos and public liability losses in the early eighties, the very soft cycle in the late nineties, culminating in catastrophic loss of capital in 2001, when Lloyd’s reported a combined ratio of 140%, 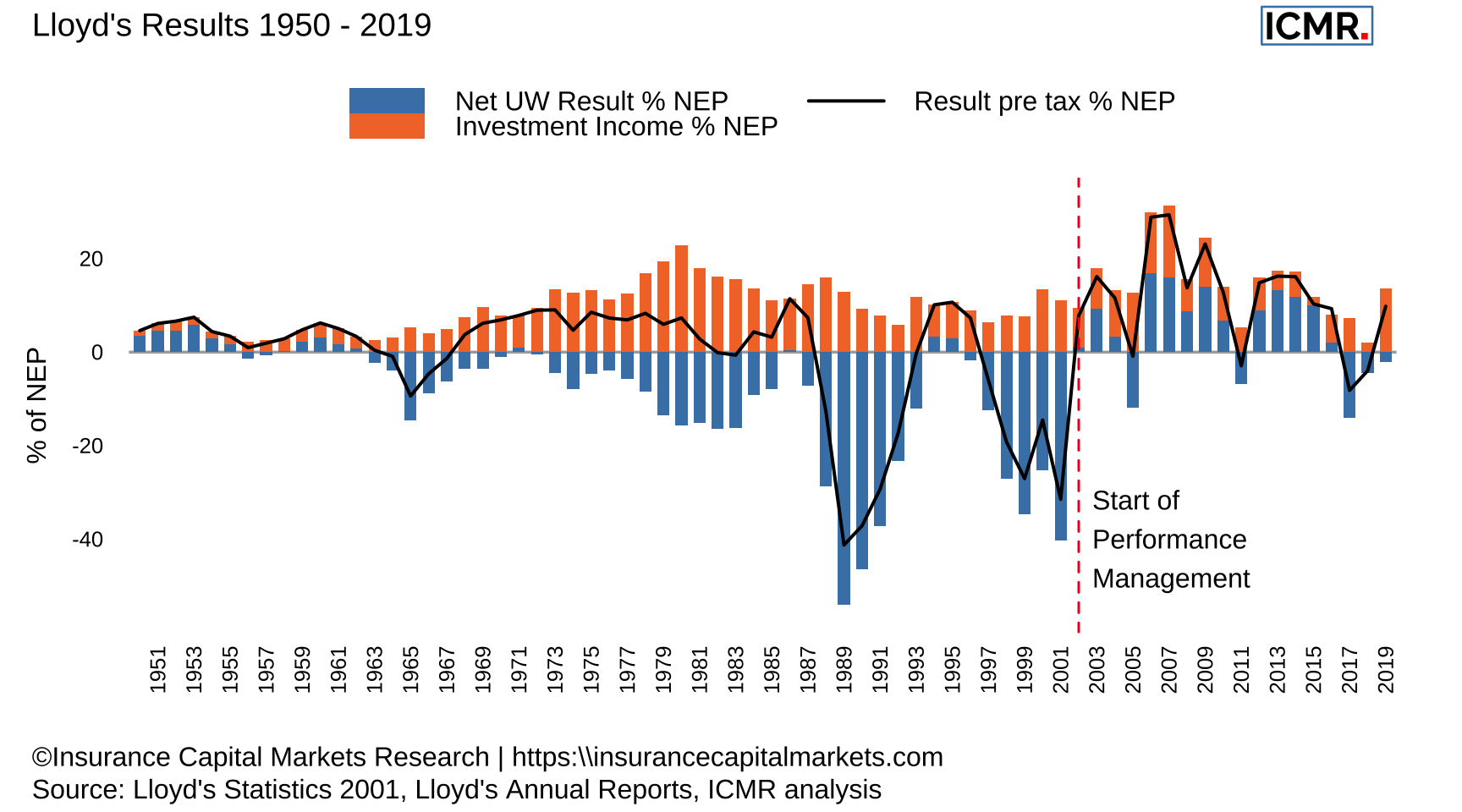 Figure 1: Lloyd’s underwriting and investment results as a ratio of net earned premium (NEP) from 1950 - 2019

The financial impact of COVID-19 on Lloyd’s is still unknown. But it will be more interesting to observe the cultural impact, with many of the market participants being forced to work from home it just might accelerate the need for a more digital Lloyd’s platform to them.

The last cultural change was forced on Lloyd’s In the aftermath of the WTC event in 2001, when the corporation established the Franchise Performance Directorate (now Performance Management Directorate) under Rolf Tolle. At the heart was the idea to create an oversight regime that would review business plans and monitor performance throughout the year, helping syndicates and the corporation through signposting where actual data deviated from planning assumptions. In insurance, like with a pandemic, taking decisive actions early is critical.

We were part of the PMD setup in 2003 and helped to establish many of the performance oversight tools, such as the relative performance benchmarks, price monitoring framework and the Lloyd’s Statistics document. Since then, it appears that Lloyd’s has left the boom and bust cycles behind. In the past capital would be stuck in the system following years of profit, encouraging its immediate redeployment on underwriting with the consequent negative impact on rate adequacy soon after. Since the establishment of PMD, deployed capital has stayed relatively constant, as shown below.

Under Tom Bolt’s leadership this ratio of capital to premium increased a little, but was then brought back down under Jon Hancock following the decile-ten review. Later this year we will see the arrival of the fourth PMD director. Managing underwriting performance and the cycle will no doubt be at the top of their agenda too, but how to take the momentum of remote working during the COVID-19 lockdown and turning it into a positive development for the market will be an opportunity not to be missed.