In 2019 there were 110 syndicates, including special purpose arrangements (SPA), of which 105 stated positive GWP, with 56 breaking even or generating a profit.

Last week Lloyd’s reported a pro-forma profit of £2.5bn, but as the published aggregated accounts now show, most of the profit came from the implied return on Funds at Lloyd’s (£1,657m) and investment income on central assets (£213m), as the aggregated results of the syndicates reported a profit of only £690m.

Thankfully, the pro-forma report provides a breakdown of the aggregated result by syndicate, disclosing gross written premium (GWP) and combined ratio for each, allowing us to get a better understanding of the marketplace.

In 2019 there were 110 syndicates, including special purpose arrangements (SPA), of which 105 stated positive GWP, with 56 breaking even or generating a profit.

The aggregated result of all profitable syndicates amounted to £1,635m, while the aggregated loss of the remaining syndicates was -£945m. Well, as the old underwriter says, the picture always looks much rosier without the loss making business. 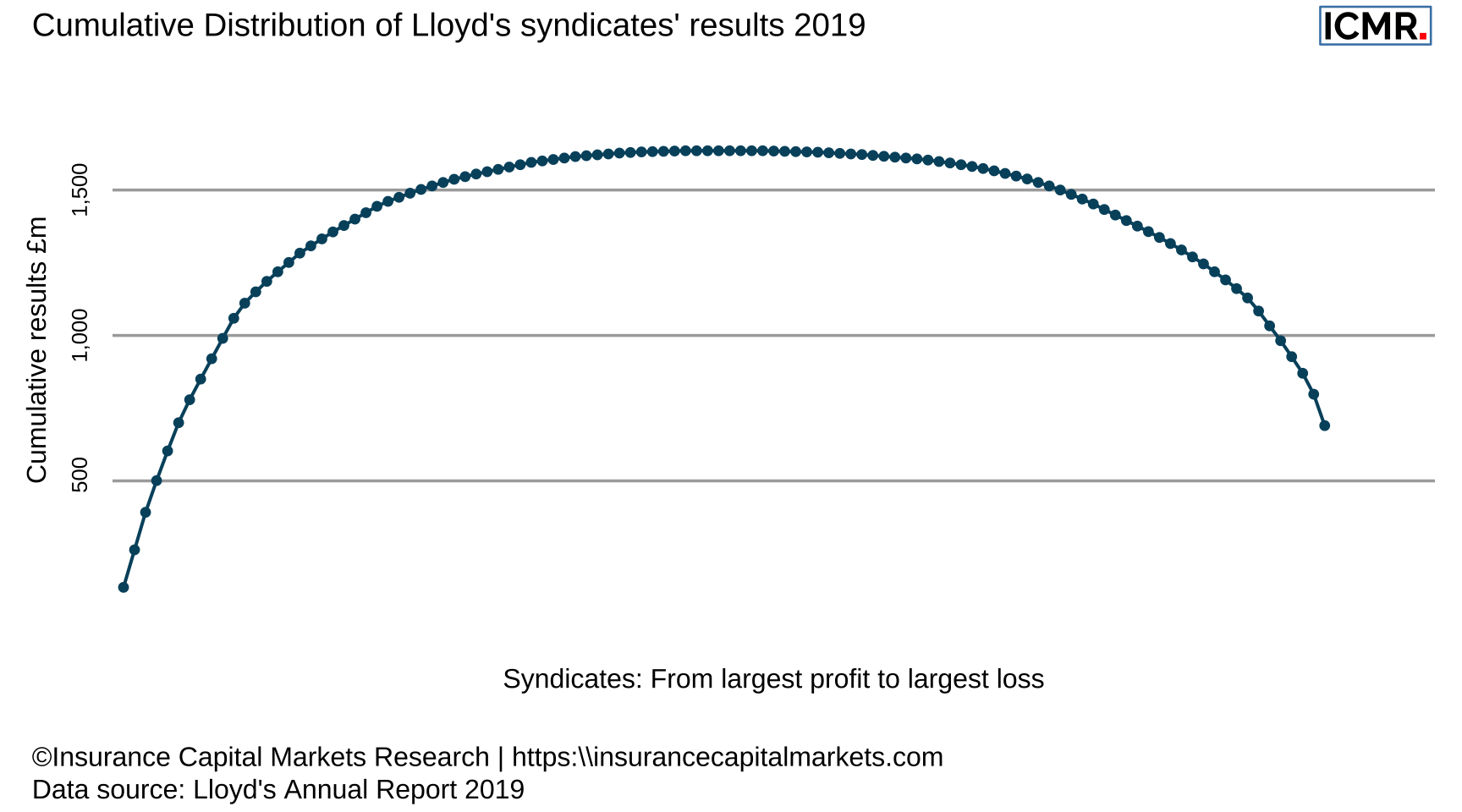 Figure 1: Whale chart of Lloyd’s results, showing the cumulative results from the most profitable to the most loss making syndicate

Plotting the syndicates’ results against their GWP gives us the opportunity to understand if size did matter. 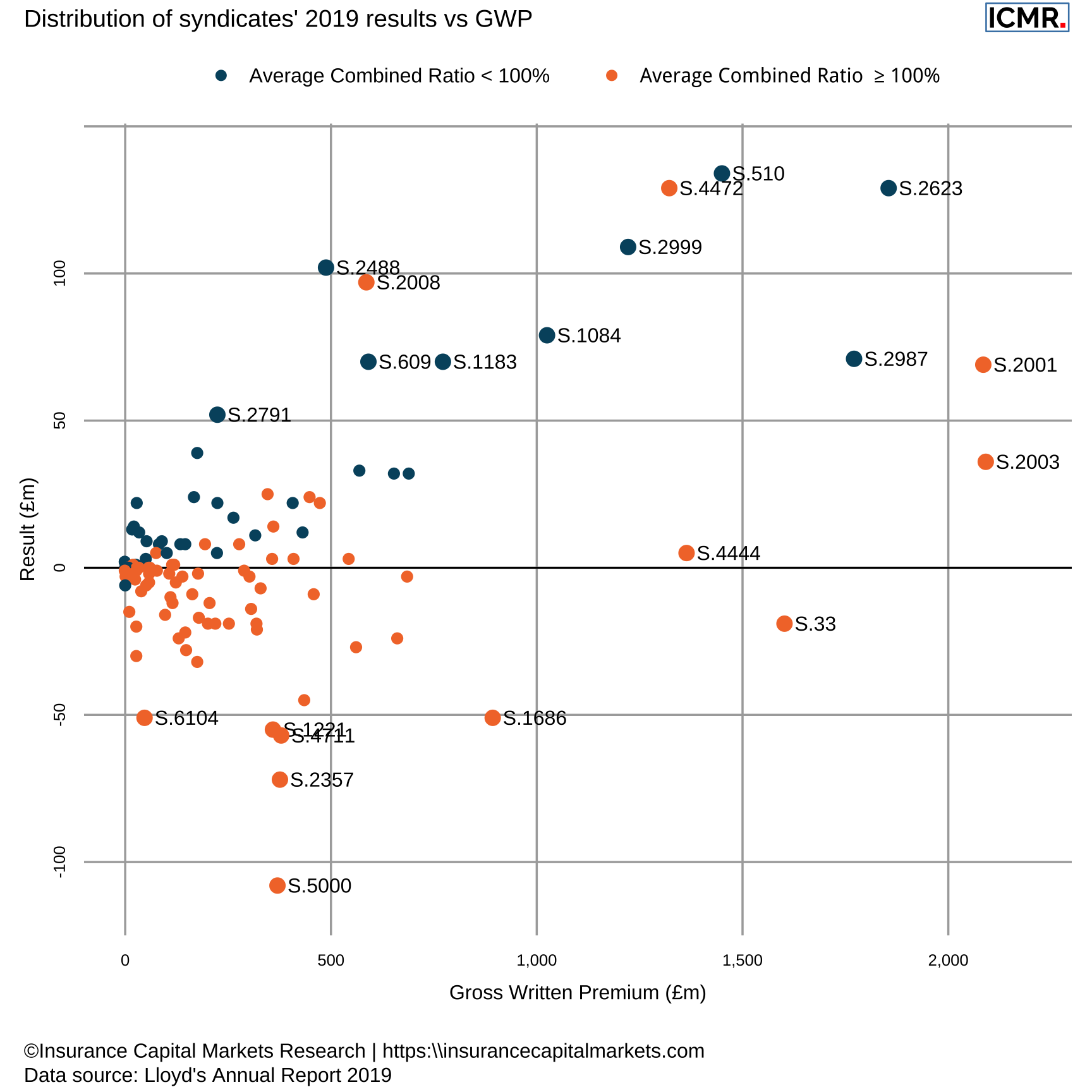 It appears that all but one large syndicate were able to generate a profit, with Hiscox 33 being the only exception writing more than £1bn and incurring a small loss. Profits relied on investment income in some cases, notably for the two biggest syndicates Catlin 2003 and MS Amlin 2001, but also Liberty 4472 was able to turn a combined ratio of 108% into a bottom line profit. Overall, only about 1/3 of syndicates reported an underwriting profit with a combined ratio less than 100%.

As we said in our previous post, the results have improved since last year, but the tide hasn’t turned yet.