We looked at Lloyd’s bottom line results in previous posts. Today we focus on Lloyd’s underwriting performance against its peer group and across the market.

We noted that Lloyd’s no longer produces comparatives in its annual results presentation, but in a spirit of continuity (and given that we originally constructed the peer groups when we were at Lloyd’s) this is the recent trend in comparatives: 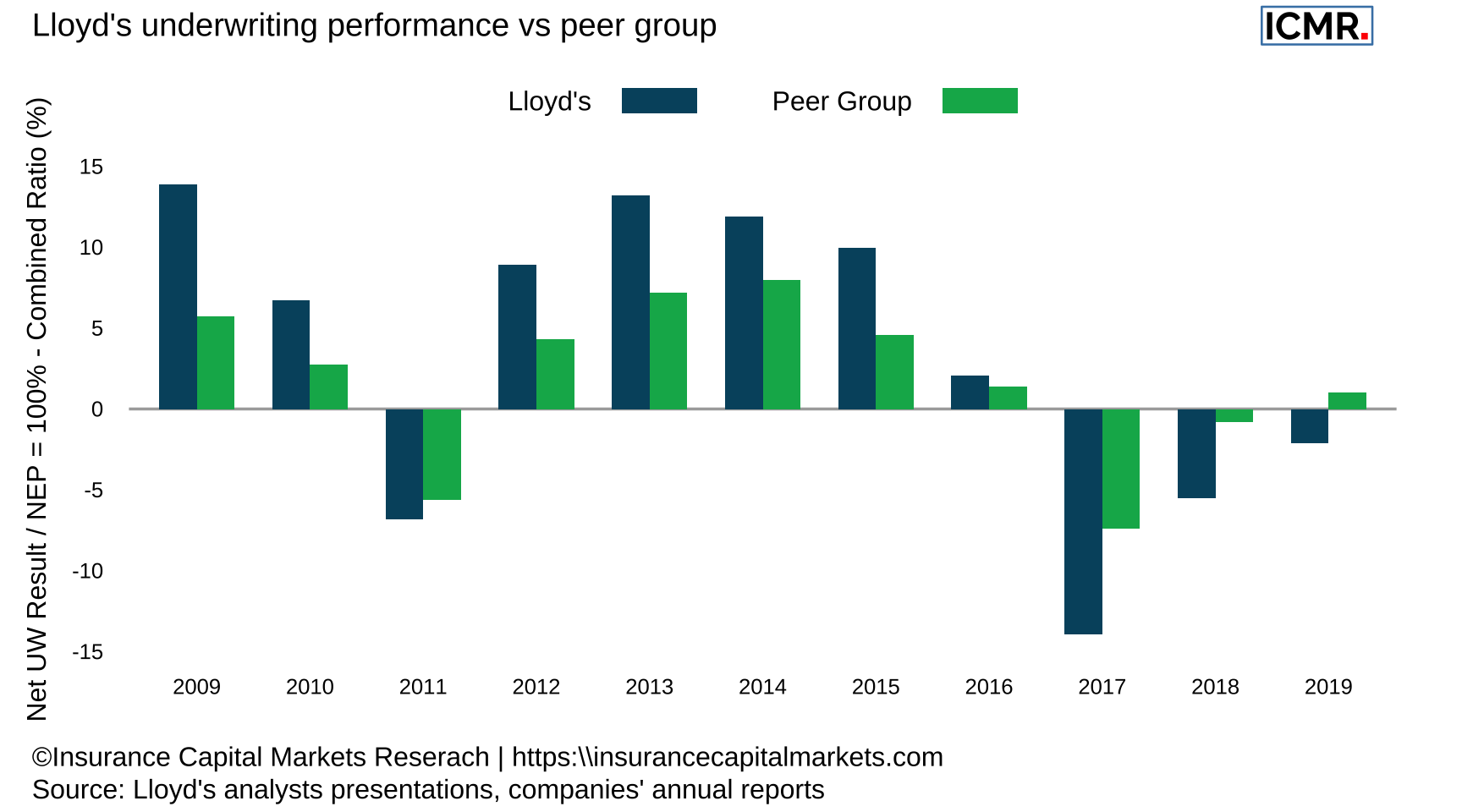 Although it is now three years in a row that Lloyd’s underperformed its peer group, the performance gap is closing. The performance within the peer group is a little mixed as well, with 4 out of the 13 companies reporting combined ratios worse than 100% for 2019.

Similar to the peer group, the reported combined ratio by syndicate varied as well. The following chart shows the distribution of combined ratios across syndicates from 2009 - 2019 split into quartiles. 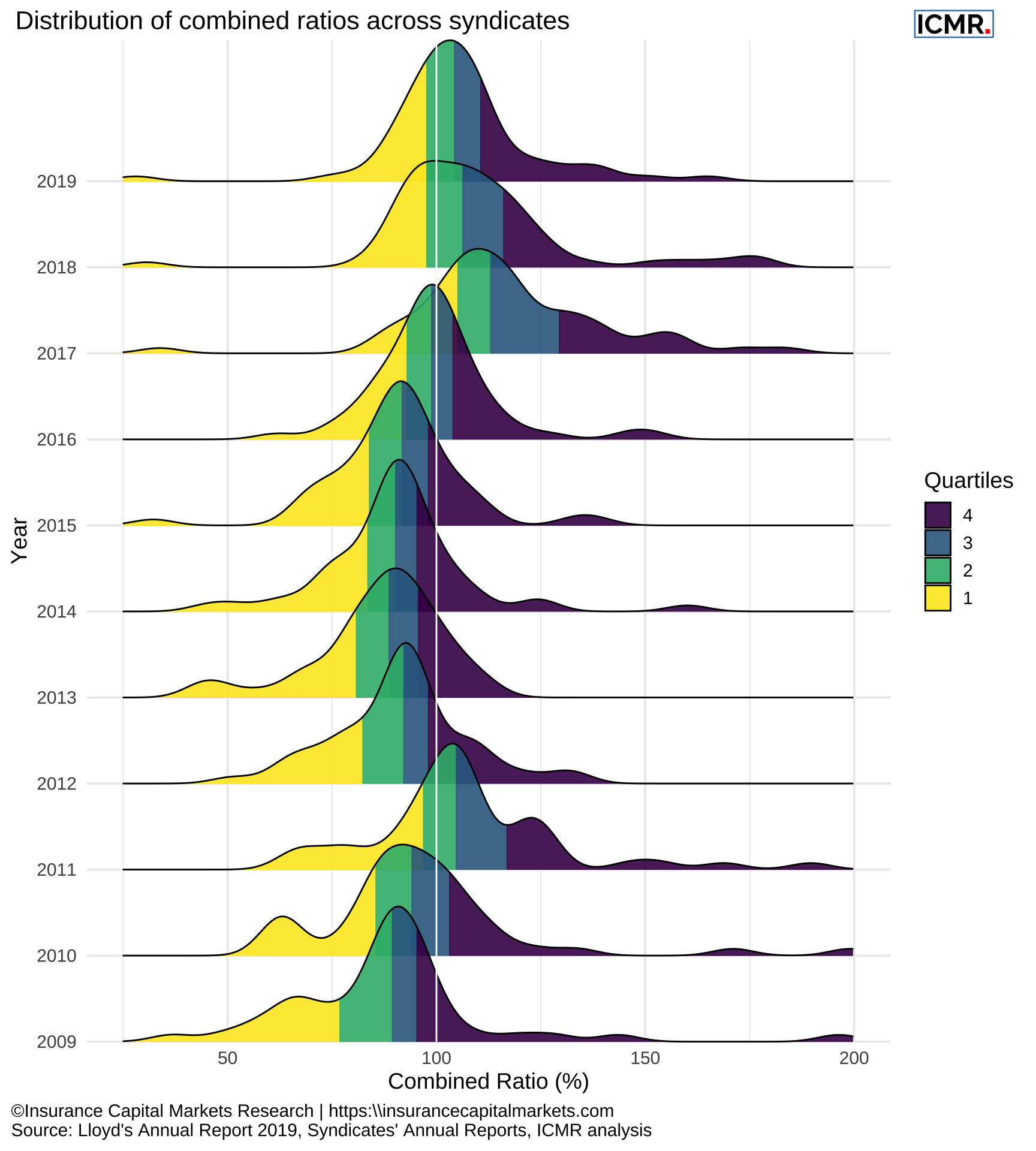 Figure 2: Distribution of syndicates’ combined ratio from 2009 - 2019. All syndicates with a number greater than 6000 (SPAs) have been excluded, as well as the first three years of start-up syndicates and syndicates that wrote less than £20m in each year. SPAs have been excluded since they are reinsurance arrangements of the host syndicate and as such don’t make underwriting decisions, the other syndicates have been excluded as their performance can be very volatile for the lack of premium volume.

From the chart it is easy to identify the years with little catastrophe activity versus those with catastrophe losses. Not only is the distribution shifted to the right but it also elongated across all the quartiles.