Last week we looked at the distribution of combined ratios across Lloyd’s syndicates over the period from 2009 - 2019. Today we take a closer look at the year on year relative performance movements.

Those that tested our Lloyd’s Results App will have noticed that the relative underwriting performance of syndicates is remarkably stable across years. A top quartile syndicate is more likely to remain a top quartile performer than a bottom quartile performer is to improve its relative peer performance. The chart below shows this in more detail over the period 2009-2019. For our analysis we excluded SPAs and the first three years of start-up syndicates as well as those that never wrote more than £20m in any year, as the performance of those syndicates is simply too volatile.

Plotting the combined ratio quartile positions of all syndicates across years shows a graphic that looks like it came out of a Tetris game. 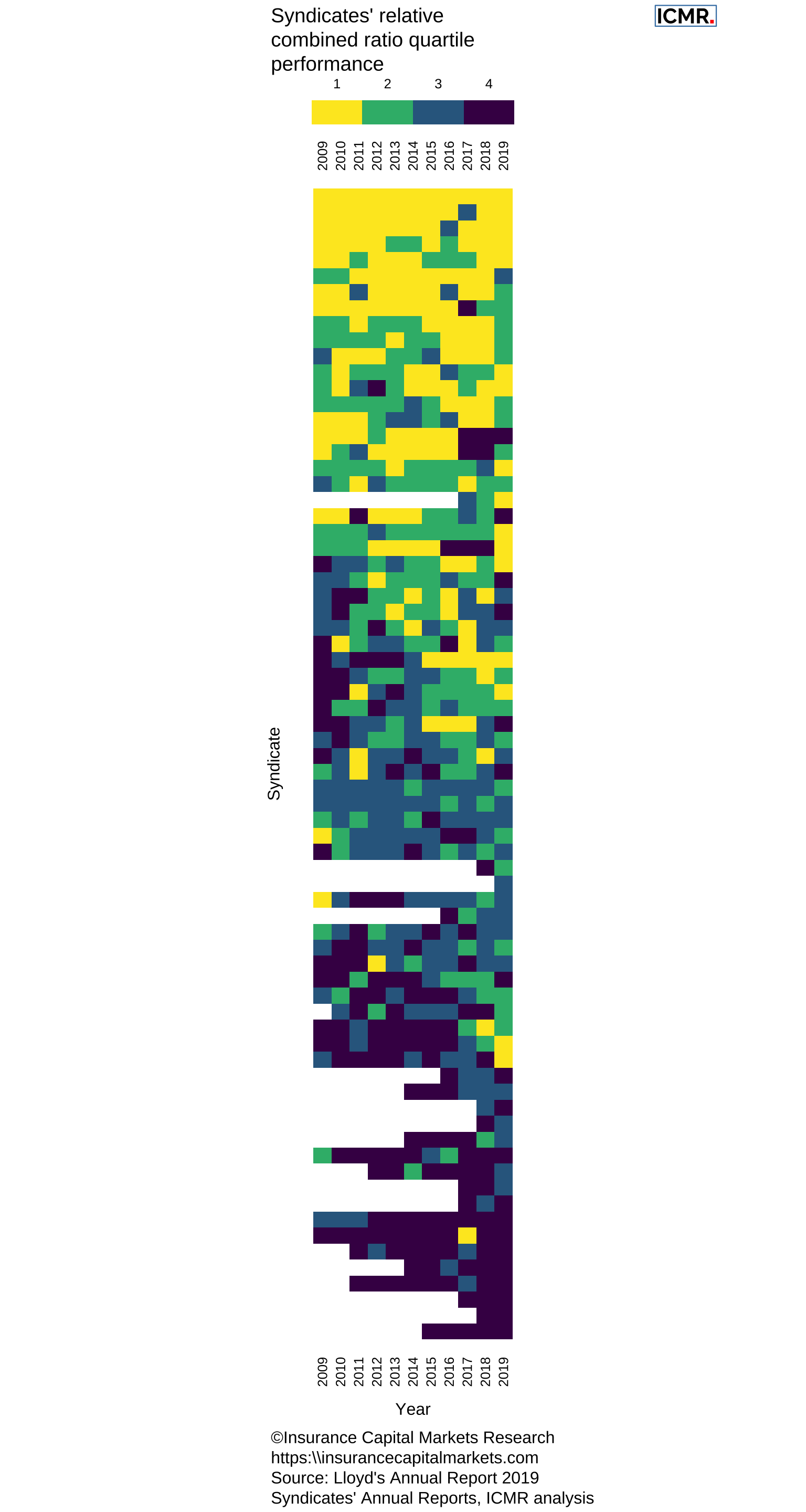 Each row in the plot denotes a syndicate, each column a year. Many rows are not complete, simply because not all syndicates existed over the full period of 2009 - 2019 (in part per the above exclusion of the first 3 years of new syndicates due to volatility). It seems that the better performers are more likely to have traded over the full period. Perhaps, this comes to no surprise, since developing a strategy, building a team and broker & client relationships is many years in the making, so there is scope for current underperformers to improve eventually.

We can summarise annual movements in quartile performance in a transition frequency matrix.

The table below shows the frequencies of syndicates migrating from one quartile position to another quartile in the following year over the period from 2009 to 2019.

Well, underwriting performance is similar to your own fitness level. It is not too difficult to maintain it, but it is much harder to improve fitness levels than to lose it. And that’s why monitoring performance, as well as your own fitness, is so important. Having reliable data, the relevant metrics and knowing how to influence them is key. At ICMR we have developed tools and strategies to help you on your journey to enhance your performance monitoring capabilities. Please contact us for more information and an initial discussion.